Everything About Fiction You Never Wanted to Know.
(Redirected from Angel/Devil Shipping)
Jump to navigation Jump to search 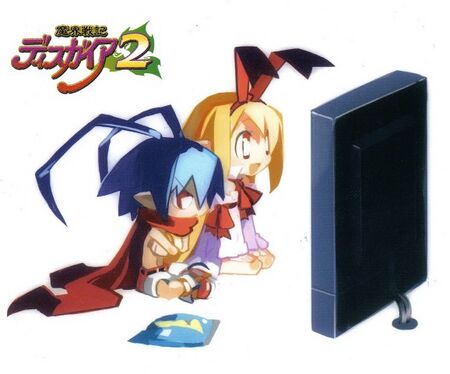 Laharl and Flonne were made for each other.

We all know the appeal of Mind Game Ship, playing another person's mind like it's a game and what not, but this trope can go hand in hand with that one. Take two characters: one sweet, innocent, kind, loving, naive, maybe even virginal, etc. In other words: a angel. The second character is malicious, Jerkass-ish, possibly perverted (sometimes even a rapist), seductive, sadistic, etc. In other words: a devil. Then you pair them up with each other. The main aspect here lies in the fact that the Devil character can do all sorts of things to torment the Angel character and in the end the two characters will fall in love despite everything or perhaps because of everything (or not if the pairing is one-sided)

Sometimes for this trope in fanfic a previously tough character may be made into a more sensitive innocent character and vice versa.

May overlap with Foe Yay. Compare Beast and Beauty. Sometimes a I Have You Now, My Pretty scenario may occur from the devil to the angel. A Bastard Boyfriend, Depraved Bisexual, Depraved Homosexual, Psycho Lesbian, or a Yandere may be the devil.

Generally, a combination of Mind Game Ship and Opposites Attract, with a dash of Victim Falls For Rapist / Draco in Leather Pants, depending on whether the 'ship is canon or not. In Slash Fic or some yaoi the Uke is sometimes the angel while the Seme is the devil.

Sometimes the devil character may try to force another rebellious character to submit and become the angel.

Examples of Angel-Devil Shipping include: