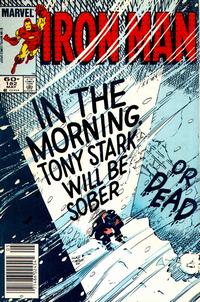 No anvils in the next issue. Honest.

The plotline has a character display some vice, flaw, prejudice, or other negative attribute/behavior, which said character has never before this point shown any signs of suffering from, but which they then engage in solely as the setup for some sort of One Shot gag or An Aesop. (In some cases, the plot claims/suggests that they've always had this problem, even though previous episodes show otherwise.) It then vanishes totally after the end of the gag and/or plot. Sometimes this is meant to serve as Character Development, but due to the entire process being constrained to that one single episode, it's not very convincing. If the creators are more consistent about the issue, it becomes a largely Informed Flaw which drives several distinct episodes, but still is never observed in a character outside them. Shows up frequently in Very Special Episode, although rarely in the Too Smart for Strangers variant for obvious reasons...

This is distinct from writers adding enduring flaws to a Flat Character, or hypocrisy no one notices with Moral Dissonance. If the character has to try and lose the vice in the same episode, they'll find Cold Turkeys Are Everywhere.

This trope is a sub-trope of Backstory of the Day.

Examples of Compressed Vice include:

Retrieved from "https://allthetropes.org/w/index.php?title=Compressed_Vice&oldid=1690486"
Categories:
Cookies help us deliver our services. By using our services, you agree to our use of cookies.