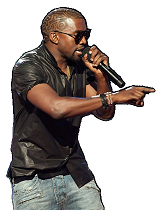 Interrupti-- A particular form of Memetic Mutation, generally taking the form of an article, video or similar, in which the subject at hand gets flipped, turned upside-down, so I'd like to take a minute, just sit right there, I'll tell you how--

...er, sorry. The subject at hand is overtaken by the meme, to the surprise and chagrin of the viewer. Sometimes these memes go as far as interrupting other memes. (One assumes that should any of these memes face off against each other, the universe would end.)

Examples of Interrupting Meme include:

Retrieved from "https://allthetropes.org/w/index.php?title=Interrupting_Meme&oldid=1875159"
Categories:
Cookies help us deliver our services. By using our services, you agree to our use of cookies.