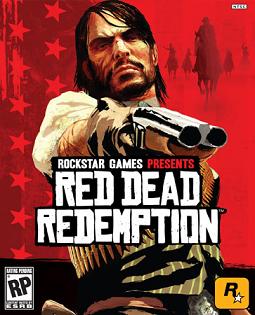 Red Dead Redemption is a Wide Open Sandbox sequel to Red Dead Revolver, developed by the good folks at Rockstar Games, released on May 18, 2010, in North America and on May 21, 2010, in Europe and Australia for the Play Station 3 and Xbox 360.

The plot of the game revolves around Retired Outlaw John Marston, now living with his wife and child. He had a quiet existence, until something went terribly wrong. An agent of the law, Edgar Ross, has kidnapped his family in order to coerce Marston to hunt down his former partner, Bill Williamson.

Williamson left Marston to die when they were still bandits. Now Marston is given a chance to settle the score. This, along with the pressure of saving his family, makes the whole affair rather personal.

In practice, this leads to a game that plays pretty much like Grand Theft Auto IV in The Wild West, but you'd be hard-pressed to find someone who'd think of that as a negative. In Marston's quest to capture Williamson and save his family, he rides over miles of sprawling deserts and plains and takes on missions that advance him closer to his goal, not to mention takes part in many, many sidequests—or, if the player so desires, just wanders around doing whatever he wants in the Wild West.

In addition to the massive single-player world, there is an equally huge multi-player environment. Red Dead Redemption was released to about as universal acclaim as Grand Theft Auto IV, with particular praise directed towards the game's vast open world, engaging story, and atmospheric soundtrack. In two weeks, the game was played for the equivalent of 3,700 years and sold 5.2 million copies. Pretty well done for a game Rockstar initially expected not to turn out a profit.

On October 26, 2010, Rockstar released Undead Nightmare, a Zombie Apocalypse-themed alternate play mode taking place in an Alternate Continuity where John must fight off the living dead with few allies and weapons. If you have any tropes relating to Undead Nightmare, please place them on the Undead Nightmare page.

Retrieved from "https://allthetropes.org/w/index.php?title=Red_Dead_Redemption&oldid=1945985"
Categories:
Cookies help us deliver our services. By using our services, you agree to our use of cookies.