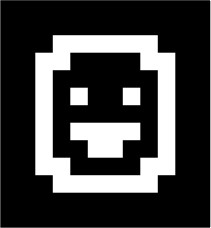 You want a dwarf? There's your fucking dwarf. You want some better graphics? Fuck you. Dwarves can do lots of stuff. Like digging. Can you dig? Hell no. Play Dwarf Fortress.

Slaves to Armok II: Dwarf Fortress is two games: the game it is right now, and the game it hopes to be. Its goal is to be nothing less than a fantasy world simulator, simulating dozens of nations and hundreds of thousands of characters over a thousand years, where you can watch history unfold from a godlike perspective or take the role of any character or civilization and make history. And to cap it all, it intends to do it in ASCII character graphics.

It's not there yet (it's technically still in alpha), but it already has about two games worth of content, and an extremely fanatical fan base.

The main game is Fortress mode, which plays like a dizzyingly complex hybrid of Dungeon Keeper and The Sims, if all your little people were manic-depressive alcoholics. The Adventure mode is rougher and less polished, like a very freeform Roguelike. Both modes have no way to win, but hundreds of ways to lose: thus, losing is fun. If you intend to play this game, keep that in mind.

Dwarf Fortress is free, with further development paid for by donations. You can find the game here, the invaluable gameplay wiki here, and some graphical tilesets here. Or you can get the Lazy Newb Pack, which includes the above + tutorials + assisting software and loads of useful stuff here.

See the community page for tropes and links relevant to the Dwarf Fortress community.

Tropes used in Dwarf Fortress include:

No longer present, but appeared in old versions:

Retrieved from "https://allthetropes.org/w/index.php?title=Dwarf_Fortress&oldid=1869649"
Categories:
Cookies help us deliver our services. By using our services, you agree to our use of cookies.