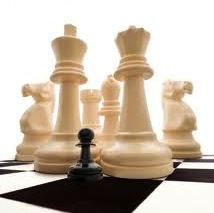 Cohn: "Think they've got a chance?"


Jensen: "Frankly, no. Not a chance in the world. I'll be surprised if they get halfway to Navarone. It's just a waste of six good men."
—The Guns of Navarone

The Suicide Mission is an assignment, task, or quest where it's expected that everyone (or nearly everyone) involved will die in the attempt. They're popular in works involving war and action, providing a convenient way to raise the dramatic tension Up to Eleven.

There are numerous reasons for a Suicide Mission to be ordered. Perhaps the situation is truly dire, the line must be held, and the advancing enemy must be stopped. Alternately, General Ripper may believe it's an acceptable tactic, or Colonel Kilgore sets one up to eliminate a nuisance. A general that doesn't fall into the above categories will often be humanized by asking the Commander of the mission rather than ordering.

To be clear, a Suicide Mission is not (always) Unwinnable by Design. There are times when an important task must be attempted without regard for the safety of those undertaking it. A goal must be accomplished, even if the entire team has to die to do it.

The members of the mission will usually be expendables, criminals, Death Seekers, or selfless heroes for the greater good. Expect Anyone Can Die to be invoked throughout the mission, Dwindling Party, and Sole Survivor for anyone who manages to survive. If the characters repeatedly survive these missions, they might be Surprisingly Elite Cannon Fodder.

May result in a Bolivian Army Ending.

Examples of Suicide Mission include:

Tank: "This is loco. They've got him in a military-controlled building. Even if you somehow got inside, there are three Agents holding him. I want Morpheus back too, but what you're talking about is suicide."

Miracle Max: "Have fun storming the castle!"
Valerie: (aside) "Think it'll work?"
Miracle Max: "It would take a miracle."

King Leonidas: (from 300) "A new age has begun. An age of freedom! And all will know that three hundred Spartans gave their last breath to defend it!"

Captain Tagon: I'm a clone of someone who assigned himself to a suicide mission. Ever since I woke up I've wondered whether I could have done that.
Captain Murtaugh: And now you know?
Captain Tagon: Nope. But I know I can do this.

Unioc captain: Our enemy means to throw an ice giant at our homeworld. Someone with far more firepower than we have might be able to stop that from happening. All we can do is send them our data, and hope they arrive in time for us not to have died in vain.