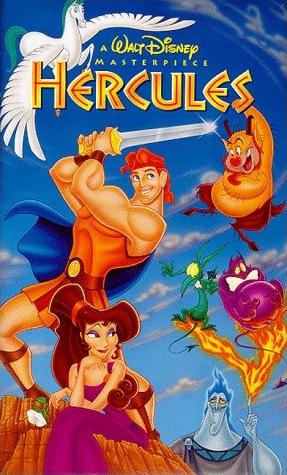 I would go most anywhere to feel like I belong

After Zeus fights and sends the Titans to the Underworld, he becomes the ruler of Mount Olympus, home of all Greek gods. Hades is sent to rule the underworld, but he makes plans to throw Zeus out of Mount Olympus with the Titans' help. The three Fates warn him that his plans would be endangered if Hercules, Zeus and Hera's newborn child, is still around by the time he tries to take over Mount Olympus. Hades sends his minions Pain and Panic to turn Hercules into a mortal and kill him, but they fail in their attempt and leave him on earth with his divine strength to be raised as a human. Hercules grows up but later learns he is the son of Gods, and in order to return to Mt. Olympus he must turn into a "true hero". He is trained by Phil the Satyr and becomes the most famous hero in ancient Greece after battling monsters of all kinds. He even saves Mt. Olympus from being taken over by Hades, but he only becomes a god again after he offers to exchange his life in order to save Megara, his love, from Hades' underworld and shows that a true hero must have a strong heart and not only physical strength.

While the film is considerably Bowdlerized from the original myths, there really was no alternative if you want to make a family film out of Greek Mythology. The result was a widely praised film, which despite not reaching the critical success of The Lion King or Beauty and the Beast, is considered by many to be one of the Canon's funniest films along with Aladdin, The Emperors New Groove and Lilo and Stitch. Plus, it's one of the only times Everyone Hates Hades has improved a work rather than dragging it down, mainly due to how genuinely likeable and funny he is. For myth buffs, keep the MST3K Mantra in mind, and you'll find a solid, funny film with a lot of literal Mythology Gags that show that they did, in fact, do the research - they just couldn't make said research work in a G-rated family film without bumping the rating up a few notches. After all, in what other animated film is Oedipus mentioned as a passing gag?

Over a year after its release, the film spawned a cartoon that ran both in syndication and on Disney's One Saturday Morning on ABC, from 1998 to 1999. It was a Midquel series that presented Herc's life in High School and had him hanging out with fellow Greek characters Icarus and Cassandra. It also presented a plot hole in that Hades was still trying to get him killed, despite the fact that in the movie he didn't know Herc was still alive until he was an adult, but that didn't seem to matter much to the viewers.

Tropes used in Hercules (1997 film) include:

Retrieved from "https://allthetropes.org/w/index.php?title=Hercules_(1997_film)&oldid=1928509"
Categories:
Cookies help us deliver our services. By using our services, you agree to our use of cookies.