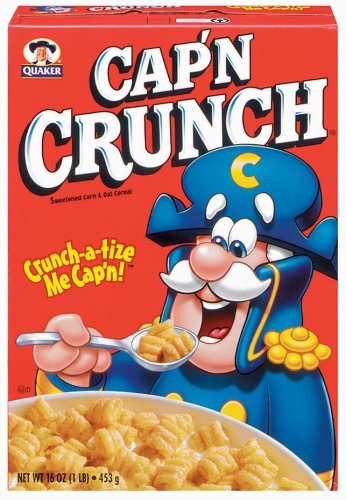 You and the Cap'n make it happen!

The Captain is in charge. The Commanding Officer of The Squad or the Command Roster. Whether they're the Mission Control or actually working in the field, they're clearly the one running things.

They will almost always hold said actual rank, even if their performance would allow them to move up the chain of command. This is sometimes confused by the naval convention that anyone in command of a given ship is referred to as "captain", regardless of their actual rank (for most vessels, they're Commanders) - and all other "captains" receive a promotion for the duration of their stay. Horatio Hornblower becomes a captain while still a Midshipman...

The trope is undoubtedly Truth in Television since under most modern and historical laws, the captain of a naval vessel is the Omnipotent Being on it when out in sea, since it is his personal responsibility to return to land with his crew complete and his ship in one piece, even if his rank is not actually Captain. To accomplish this, he can Do What He Has To Do without getting labeled a Well-Intentioned Extremist. And not even the God-Emperor of the Universe can give orders past him in this case. (Failure may inspire Bad Dreams.) Also true in non-naval branches of the armed forces (Army, Marines, etc.), since Captain is the highest of the Company Grade ranks, i.e. the officer ranks that participate in actual combat. From Major onward, officer ranks are more administrative, so captains are usually the highest ranked and most experienced officers in a theater of war that still participate in the frontlines.

Any Cool Ship must have The Captain—no matter whether it's a Cool Boat, a Cool Starship, or a Cool Airship. He is expected to stay with that ship no matter what. The ship's master should get to do cool things like officiate marriage. And any Captain must have a Captain's Log.

In a large number of cases, The Captain (often along with his senior officers) is depicted doing things that really should be delegated out to lower-ranked, more expendable personnel. This is mostly so that the main characters actually have something exciting to do, unlike in real life where they are mostly officers in the sense of doing lots of boring but important "office work". However, since there's no drama in conferences, meetings, and paperwork, the answer is to have him not behave like a real captain and hope no one notices. Of course, an even better alternative, even if it's a road less taken, is to not make The Captain the central main character.

Of course, one of the reasons it's a road less taken is that it's dramatically tricky to carry off, at least in a visual medium. Star Trek: The Next Generation tried a form of it in the early days, leaving Picard on the bridge and having Riker be the 'field guy'. Dramatically, it just didn't work. Probably a more workable approach is to assume that the personnel available are a relatively small number, thus forcing and justifying the presence of the Captain and senior officers in field situations. Then again, Authority Equals Asskicking. The Captain may be the best one to handle the Monster of the Week.

Compare The Hero, The Good Captain, Supporting Leader, Commanding Coolness, Colonel Badass, Majorly Awesome, Captain Superhero. Do not confuse this with the Captain in Commedia Dell'Arte, who's a Miles Gloriosus.

Examples of The Captain include:

Retrieved from "https://allthetropes.org/w/index.php?title=The_Captain&oldid=1771803"
Categories:
Cookies help us deliver our services. By using our services, you agree to our use of cookies.