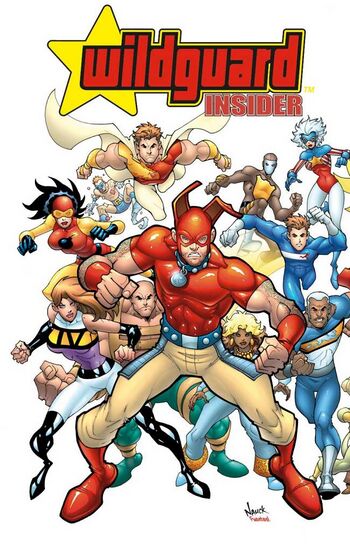 Wildguard is a collection of comic book mini-series written and drawn by fan favorite penciler Todd Nauck, about a Made-for-TV superhero team assembled in an American Idol-style auditions through audience voting at wildguard.com