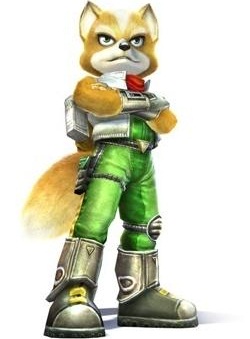 The godfather of furries everywhere.

A Petting Zoo Person is a type of character who is so anthropomorphized that they resemble an animal's head and tail placed on an otherwise human body frame. This is a higher degree of anthropomorphism than the Funny Animal (who retain the general shape and proportions of the animal), but a step below those that are a Little Bit Beastly (whose only animal features are their ears and tail, possibly claws); in Japan, this level of anthropomorphism is referred to as "kemono" (which is shortened term of kemono-obito or beast-man, and is also what Japanese furries call themselves).

In-universe, Petting Zoo People are generally a distinct species from both humans and animals (as opposed to a Half-Human Hybrid), assuming the subject is actually brought up rather than simply glossed over, and may inhabit a World of Funny Animals.

There are two variants of PZP beside the standard variant, "Borderline Petting Zoo People", and "Borderline Little Bit Beastly".

A midpoint between the Funny Animal and Little Bit Beastly on the Sliding Scale of Anthropomorphism. Supertrope of Intelligent Gerbil. See also Humanoid Female Animal, where different genders of the same species possess differing levels of anthropomorphism. See also the subtrope Barefoot Cartoon Animal, for when characters with this design are overwhelmingly drawn barefoot, despite being normally clothed otherwise.

Examples of Petting Zoo People include:

Retrieved from "https://allthetropes.org/w/index.php?title=Petting_Zoo_People&oldid=1956607"
Categories:
Cookies help us deliver our services. By using our services, you agree to our use of cookies.