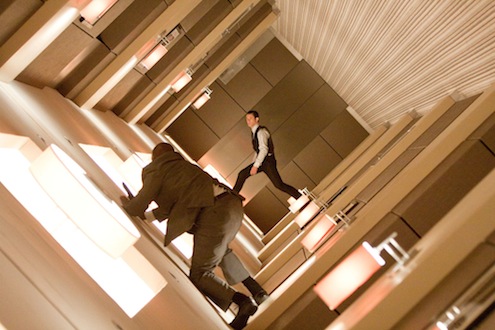 What goes up must go...clockwise. Sure.

Subtrope of Gimmick Level. A common level in video games, especially platformers. A trope in which the gravity functions in any way other than "what goes up must come down". More common in modern games than in earlier ones, but there were some in the days of the NES. Usually the change of gravity is local to the player, but sometimes not. Almost always counts as an Interface Screw. More often than not a puzzle level.

Examples of Gravity Screw include: