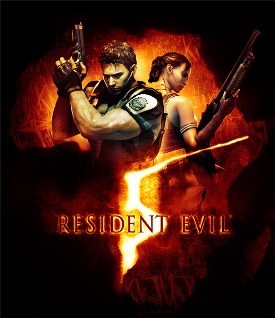 Chris and Sheva—who work for BSAA, an international group dedicated to dealing with bioterrorist threats—have traveled to Africa to deal an outbreak of what appears to be an altered version of Las Plagas. Their fight against this new outbreak is complicated when they discover who's involved with it: global pharmaceutical corporation TriCell, former Umbrella Corporation mastermind Albert Wesker, and former S.T.A.R.S. team member Jill Valentine.

Your future hiiiiinges on these tropes!
Retrieved from "https://allthetropes.org/w/index.php?title=Resident_Evil_5&oldid=1945992"
Categories:
Cookies help us deliver our services. By using our services, you agree to our use of cookies.