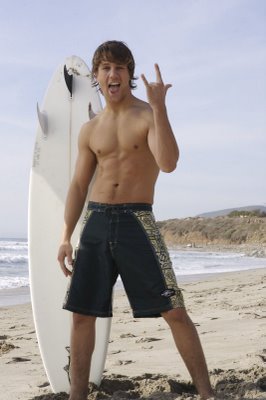 Most of them don't actually surf, although some may own a surfboard for the sake of validity. But they're still most totally gnarly, bros. And they're most excellent in Surfer Speak. They all tend to like, live in California, because California is, like, most excellent and all that. If, not California dude, expect to be, like, Hawaii, Australia, or any cool place with a cool beach, with all the sun and the sand dude, and totally surfable waves with a lot'o rip. Plus, there are way many hot babes there, Dude! Most triumphant!

Retrieved from "https://allthetropes.org/w/index.php?title=Surfer_Dude&oldid=1928079"
Categories:
Cookies help us deliver our services. By using our services, you agree to our use of cookies.