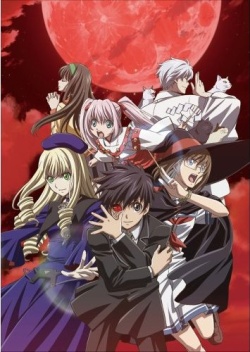 Itsuki Iba is the son of the founder of Astral, a company hiring out magicians to those who need their help, and took over as president after his father disappeared. The problem is that he's weak-willed and weak in magic... except for the Glam Sight in his right eye, which turns Itsuki into a capable commander, but at its own price.

Based on a light novel series (24 volumes as of 2017) by Makoto Sanda, adapted into an Anime by Zexcs.

Tropes used in Rental Magica include:
Retrieved from "https://allthetropes.org/w/index.php?title=Rental_Magica&oldid=1900282"
Categories:
Cookies help us deliver our services. By using our services, you agree to our use of cookies.