Jump to content
(Redirected from Law and Order: Criminal Intent) 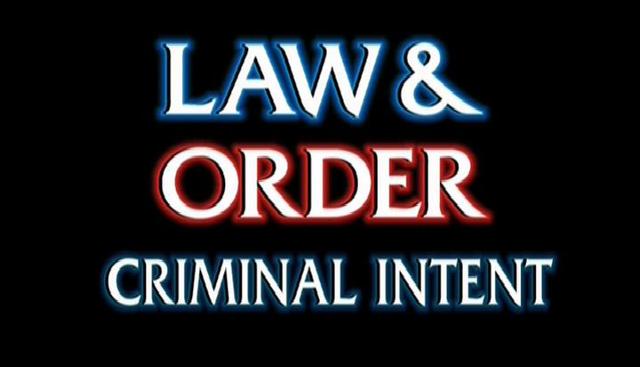 Second Spin-Off from the popular Law and Order series, Criminal Intent basically shows the viewer what is happening from the criminal's perspective as well as the ongoing police investigation. Basically, what happens when Columbo is brought into the Law and Order universe, complete with a quirky genius detective - Robert Goren (Vincent D'Onofrio), an anti-social, twitchy detective in the NYPD Major Case Squad who has a very sharp mind for piecing together details and lateral thinking. Together with dryly sardonic partner Alex Eames (Kathryn Erbe), they investigate the most serious crimes that occur in New York (most of which seem to be murders or end up in murders), whilst the show also gives us the perspective of the people responsible for it (or at least people who are connected to the people responsible for it).

In 2005, Mike Logan (Chris Noth) - formerly of the original flavour - joined the cast when Vincent D'Onofrio began to suffer from exhaustion. The episodes alternated between Goren and Eames one week, and Logan and his partner the other from that point. In 2009, Logan was replaced by Zach Nichols (Jeff Goldblum), though Megan Wheeler (Julianne Nicholson) has stayed. In 2010, Goren and Eames left the show at the conclusion of the second half of season 9's two-part premiere. Eric Bogosian also left the show and was replaced as the Major Case captain by Mary Elizabeth Mastrantonio. Nicholson's character, too, has left the show and was replaced by Saffron Burrows as new detective Serena Stevens.

The show was renewed for a tenth season that brought back D'Onofrio and Erbe for eight final episodes. Law and Order: Criminal Intent aired its finale on June 26, 2011, ending its run after ten years and 195 episodes.

Tropes used in Law & Order: Criminal Intent include:
Retrieved from "https://allthetropes.org/w/index.php?title=Law_%26_Order:_Criminal_Intent&oldid=1831846"
Categories:
Cookies help us deliver our services. By using our services, you agree to our use of cookies.