Everything About Fiction You Never Wanted to Know.
Jump to navigation Jump to search
/wiki/Nobuyuki Hiyamacreator 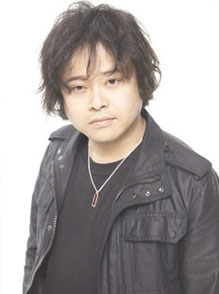 He will show you the power of TRUE courage.

Sure, sure, but please, not so loud... *pulls out earplugs*

Anyway, Nobuyuki Hiyama is a seiyuu, well known for his dramatic yelling for young characters, thus making him the go-to seiyuu of Hot-Blooded characters. He's quite prolific according to ANN, and fans nickname him King of Braves/Yuusha-Oh, not just for his GaoGaiGar role as Guy Shishioh, but the fact that he's done ANOTHER Brave series protagonist, Maito Senpuuji from The Brave Express Might Gaine, the Brave project before GaoGaiGar that played the key role of planting down the seeds of the now Constitution of Bravery. In addition to this, he has also voiced Adult Link (his grunts and yells anyways) from The Legend of Zelda: Ocarina of Time, who wielded the Triforce of COURAGE! However, he is also capable of doing cold, calculating characters, psycho characters, and cool-headed characters. But yeah, his main forte is Hot Bloodedness. God bless the souls of those few English VAs daring enough to dub over his voice.

As somewhat odd as he may seem, this guy usually plays Bishonen thanks to his unique sexy voice. (But hey, he's doing better lately. Plus, he's got some great taste in clothing to make up for it.)

He may or may be related with the creation of Naruto's Might Guy due to the origin of his Yuusha-Oh nickname.