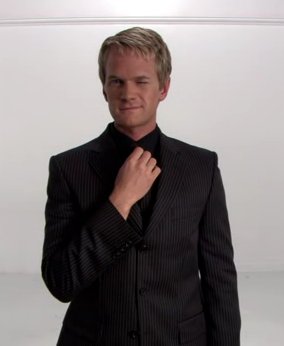 "Clothes make the man" is this guy's motto. Impeccably groomed but never a slave to fashion, the Sharp-Dressed Man is quite simply a guy dressed to the nines, over whom the ladies in the audience will undoubtedly swoon.

A three-piece-suit (that is, one including a Waistcoat of Style) is the usual embodiment of this trope, but more imaginative outfits can qualify as well. Awesome Anachronistic Apparel will often overlap.

Examples of Sharp-Dressed Man include: