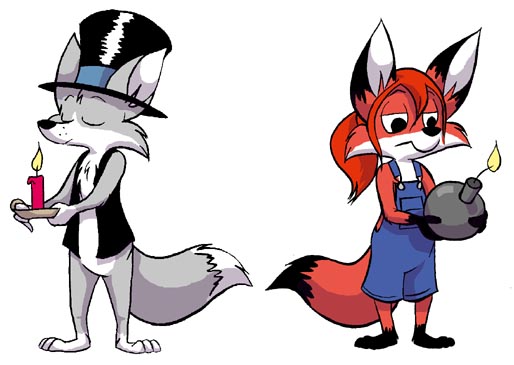 Ozy and Millie was a webcomic by DC Simpson that followed the daily lives of its two titular characters, who are children in an anthropomorphised-animal version of the Northwestern United States.

It was written in the style of a Newspaper Comic, with a four-panel format, writing reminiscent of Peanuts and Calvin and Hobbes, and an ensemble cast that seems inspired by Pogo. The story arcs meander through political commentary and philosophy while simultaneously dealing with the children's own problems such as fitting in at school.

Now has a Character Sheet.

Tropes used in Ozy and Millie include:
Retrieved from "https://allthetropes.org/w/index.php?title=Ozy_and_Millie&oldid=1931829"
Categories:
Cookies help us deliver our services. By using our services, you agree to our use of cookies.