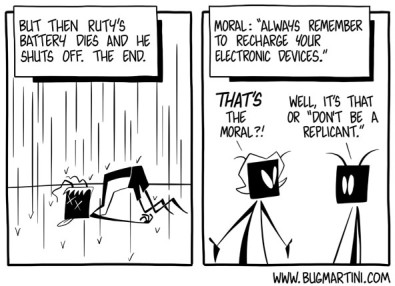 The moral for today: Invoked tropes get used on All The Tropes!

An Aesop is, increasingly, one of the most Subverted Tropes on television—to the point where parodies of them are becoming almost as repetitive as the morals themselves (though to some they will always be better than an actual Aesop). Aesops are too basic a tool to become a Discredited Trope, so new comedies will likely keep on spoofing them.

There are several common ways to do this:

When adding examples, bear in mind that just because a work is a spoof and has An Aesop, it's not necessarily a Spoof Aesop

Examples of Spoof Aesop include:

Retrieved from "https://allthetropes.org/w/index.php?title=Spoof_Aesop&oldid=1896798"
Categories:
Cookies help us deliver our services. By using our services, you agree to our use of cookies.