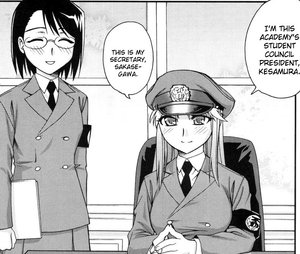 You should see her stormtroopers.

Depending on the series, he or she may be a Supporting Leader, the Alpha Bitch, the Big Bad, The Messiah, The Ojou, The White Prince, a Magnificent Bastard or just another student. Note that some of these tropes can overlap.

Examples of Student Council President include:

Retrieved from "https://allthetropes.org/w/index.php?title=Student_Council_President&oldid=1946084"
Categories:
Cookies help us deliver our services. By using our services, you agree to our use of cookies.