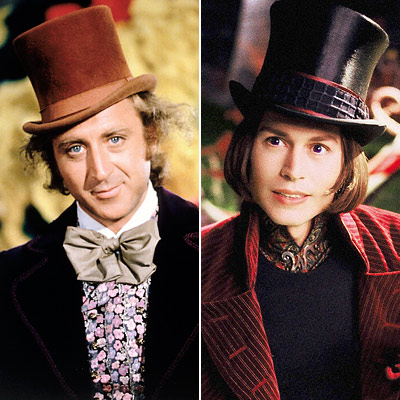 The film features Johnny Depp as Wonka, and a supporting cast that includes James Fox, Missi Pyle, Helena Bonham Carter, Christopher Lee, and Deep Roy (many many times) and is intended to be slightly closer to the book.

Fans are divided on which is the superior film.

Tropes used in Charlie and the Chocolate Factory (film) include:
Retrieved from "https://allthetropes.org/w/index.php?title=Charlie_and_the_Chocolate_Factory_(film)&oldid=1864062"
Categories:
Cookies help us deliver our services. By using our services, you agree to our use of cookies.