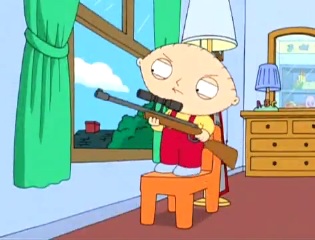 Awww, how cute. He has homicidal tendencies.

They're adorable children. An angel, one might say, with a cherubic face. One just wants to pick them up and hug them.

Pity they're psychopaths. An Enfant Terrible knows people think they're cute, and will use that to their advantage. When one person finds out, said hero usually has a hard time convincing others, who will turn on them for even suggesting such a thing about the poor, poor child.

An Enfant Terrible may be supernatural, or simply a child born without a conscience. They may also be an Evil Orphan - possibly of the self-made variety.

A form of the Devil in Plain Sight. Might overlap with Girl Scouts Are Evil, if they do more than just sell you cookies, and with Kids Are Cruel, if the kid's behaviour also transpires in his relationship to other children. Akin to the Creepy Child, except Enfants Terribles are truly dangerous and vicious at heart, whereas a Creepy Child isn't necessarily psychotic or evil.

Of course, such a character almost always plays the Wouldn't Hurt a Child and Children Are Innocent cards to get away with their actions, which almost always works—for a while. They're unlikely to be directly killed by any heroic character in the story, but they have a habit of becoming Self-Disposing Villains.

See also Corruption by a Minor, which is often this character's favourite technique to get what they want, and Undead Child for a common subtype. Often the nemesis of a Kid Hero.

Compare Tyke Bomb, Little Miss Badass, Yandere, Cute Is Evil, Fetus Terrible and Cute and Psycho. Contrast with Psychopathic Manchild, where a teen-aged or already grown psycho acts like a child. Contrast Goo-Goo Godlike, in which the child is not evil, just playful and way too powerful.

Not to be confused with Les Enfants Terribles.

Examples of Enfant Terrible include:

Retrieved from "https://allthetropes.org/w/index.php?title=Enfant_Terrible&oldid=1919814"
Categories:
Cookies help us deliver our services. By using our services, you agree to our use of cookies.