I Hate Past Me 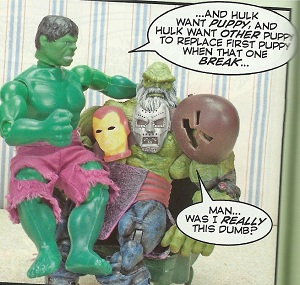 The inverse of Future Me Scares Me, where a character sees the past and either meets or somehow witnesses the actions of their past self, and just can't stand them. Maybe they were once a villain, and now that they've reformed dislike how evil they once were, or, inversely, they're more evil and show disdain for how "weak" their past self is. Maybe they're just more experienced, and are annoyed with how inexperienced and impulsive they were in the past. In any case, they're constantly ticked off by their past.

See also Future Me Scares Me, so for this from the point of view from the past self, go there. Compare Old Shame, a more mundane version of this trope, and Amnesiac Dissonance, where something similar happens as a result of previously-hidden memories being recovered. Contrast Other Me Annoys Me.

Examples of I Hate Past Me include: