Everything About Fiction You Never Wanted to Know.
Jump to navigation Jump to search
/wiki/Dave Barrycreator 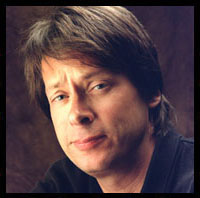 An American humor columnist, his weekly column in The Miami Herald was also syndicated nationwide. Despite the national attention, many of his columns had a quirky, Only in Florida vibe to them. In addition to his status as a journalist, Barry is also a bestselling author. The majority of his books are humorous nonfiction or compilations of his columns, but he's also written several novels. The two stand-alones are Big Trouble (which was made into a movie) and Tricky Business. He also co-authored a series of Peter Pan inspired novels with Ridley Pearson, beginning with Peter and the Starcatchers.

He's also one of the few people to get a sitcom based on himself, called Dave's World. It aired from 1993 to 1997 on CBS, with Barry portrayed by Harry Anderson.

Dave Barry provides examples of the following tropes:
Retrieved from "https://allthetropes.org/w/index.php?title=Dave_Barry&oldid=1751740"
Categories:
Cookies help us deliver our services. By using our services, you agree to our use of cookies.