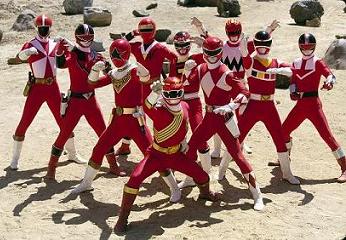 Different from the Class Reunion, the Reunion Show is an opportunity for the surviving cast of a defunct TV show—off the air for anywhere from 5 to 50 years—to get back together on screen. Usually this is an "in character" story showing how things are "now", but sometimes it can be an explicit reunion of the cast in tribute to the original show.

Unlike a Revival series (such as Still The Beaver and the at-one-time-endless progression of sequels to The Brady Bunch), the Reunion Show is a one-shot event. (Sometimes, though, reunions can spawn sequels.) Oddly, "in-character" comedy reunions tend to turn serious, if not outright dramatic, while most other shows are not altered.

Reunion shows are usually made to cash in on the nostalgia modern audiences can hold for an older program.

Typically done as a Made for TV Movie. Often accompanied by a Documentary with the actors out-of-character.

Examples of Reunion Show include:

Retrieved from "https://allthetropes.org/w/index.php?title=Reunion_Show&oldid=1809298"
Categories:
Cookies help us deliver our services. By using our services, you agree to our use of cookies.