Everything About Fiction You Never Wanted to Know.
Jump to navigation Jump to search
/wiki/The Lonely Islandcreator 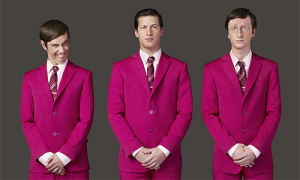 They're probably best known, post-2014, for doing the rap portions of the song "Everything is Awesome" from The LEGO Movie, along with Tegan and Sara.

Murder these tropes, feed 'em to the fishes.
Retrieved from "https://allthetropes.org/w/index.php?title=The_Lonely_Island&oldid=1805773"
Categories:
Cookies help us deliver our services. By using our services, you agree to our use of cookies.