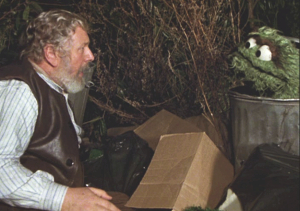 A brief appearance by a well-known star or other famous person in a role that would otherwise be an extra or walk-on. Most often used today as a surprise or punchline of sorts.

Can also indicate a similar surprise appearance by an animated character — often as a Continuity Nod — in a production in which they play no real part.

The term originated with producer Mike Todd, when he was describing the literally hundreds of Hollywood and foreign movie stars who made brief appearances in the original 1956 film version of Around the World in Eighty Days.

May be a One-Scene Wonder. See also Special Guest, Stunt Casting. When a movie or show only appears to have a cameo after some years have passed, that's Retroactive Recognition.

Examples of The Cameo include:

Retrieved from "https://allthetropes.org/w/index.php?title=The_Cameo&oldid=1883232"
Categories:
Cookies help us deliver our services. By using our services, you agree to our use of cookies.