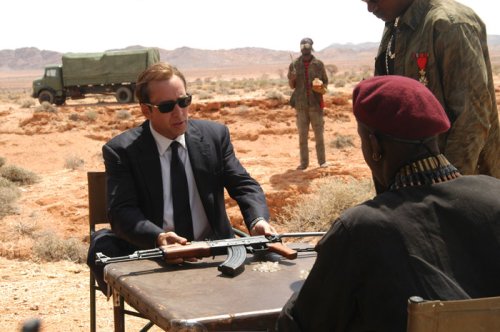 I sell to leftists and rightists. I'd sell to pacifists, but they're not the most regular customers.

In its basic form, a person who sells weaponry. This results in a large variety of sub-types of these characters:

These characters are generally depicted as slimy merchants of death, making money from brutal wars and providing the means to prolong the conflict. They may be inclined to start a War for Fun and Profit, hoping to make money from selling weapons.

Examples of Arms Dealer include:

Retrieved from "https://allthetropes.org/w/index.php?title=Arms_Dealer&oldid=1691600"
Categories:
Cookies help us deliver our services. By using our services, you agree to our use of cookies.