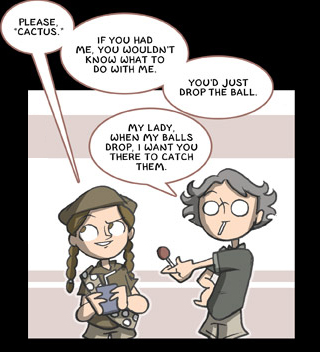 The juvenile serial dater. He hasn't even graduated from high school (possibly even middle school) yet, and he's already gone through as many girls as The Casanova, possibly more, high school dating being what it is. The only thing that differentiates him from The Casanova is that, because of his age and his show's target demographics, it's highly unlikely that he and his dates are having sex. At least, it'll be a cold day in hell before the Media Watchdogs let anybody even think about it.

Compare Chick Magnet. His Distaff Counterpart is the Fille Fatale. If he's young enough, this may result in Toy Ships. NOT a child-friendly version of a statistical analysis technique.

Retrieved from "https://allthetropes.org/w/index.php?title=Kidanova&oldid=1938667"
Categories:
Cookies help us deliver our services. By using our services, you agree to our use of cookies.