The Wheel of Time

Everything About Fiction You Never Wanted to Know.
(Redirected from Wheel of Time)
Jump to navigation Jump to search 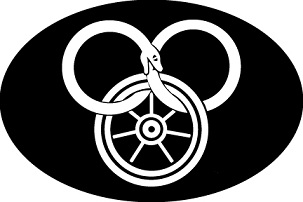 An epic fantasy series by Robert Jordan, currently consisting of thirteen books, a prequel (New Spring), and a series guide entitled "The World of Robert Jordan's Wheel of Time," a First-Person Shooter and an RPG.

Jordan died of amyloidosis in the middle of writing the twelfth book, A Memory of Light, which he had promised absolutely would wrap the series, even "if it's 20,000 pages long, Tor has to invent a new binding system, or it comes with its own library cart." His wife and editor, Harriet McDougal, chose up-and-coming fantasy author Brandon Sanderson (see Elantris, Mistborn, Warbreaker, and The Stormlight Archive ) to complete the series based on copious notes left behind. After working on the Kudzu Plot, though, Sanderson himself announced that the last book had grown to an additional three volumes to be released over at least the next three years, each of which is to be at least 250,000 words.

In order, the series is as follows:

In the beginning, the Creator made the universe, which consisted of: the Wheel of Time, which spins the tapestry of the ages with the lives of men and women as its threads; the One Power, which drives the Wheel and is divided into male and female halves, saidin and saidar respectively; and a prison for The Dark One, so that he (The Dark One) could not influence creation. Then the Creator walked away and just let the whole thing spin. And since then ages have come and gone...

Thousands of years ago, in the utopian Age of Legends, Aes Sedai scientists attempted to find and access a source of magic that could be channeled by both genders. Good news: they found it. Bad news: 'It' was the embodiment of pure evil, and the attempt to dig a hole to it just broke open its prison.

Long story short, Hilarity Ensues, if by "hilarity" we mean "death, war and blood." Lews Therin Telamon, "the one called Dragon", managed to successfully re-seal The Dark One's prison (and trap its powerful generals known as the Forsaken) with a makeshift cork, but not before the Big Bad tainted the male half of the One Power. All male Aes Sedai quickly went insane, as would all male channelers thereafter, and brought civilization crashing down by each committing a World Sundering or three. Eventually, mankind rebuilt itself, but never regained its former glory.

Three thousand years later, Mat, Perrin, and Rand were just ordinary boys living in a small village... Until a mysterious woman called Moiraine showed up. Shortly after that the village was attacked by (to them) mythical monsters. According to Moiraine, the three were "ta'veren" (which is Old Tongue for "main characters") and the Dark One itself was after them. Possibly, one of them might be The Chosen One, "The Dragon Reborn", the Reincarnation of Lews Therin Telamon who would lead the forces of good against the rise of evil.

The seven seals on the Dark One's prison are starting to weaken, and the "Last Battle" is approaching... but you knew that.

Known for its sprawling plot, Loads and Loads of Characters, intricate magic system and... interesting character development, due primarily to Robert Jordan's intense adherence to the Mars and Venus Gender Contrast.

Now with character sheet. No Re Cap page yet, but we don't need one either: Big Name Fan Leigh Butler is doing a Re-read of the series under the aegis of Tor.com.

Retrieved from "https://allthetropes.org/w/index.php?title=The_Wheel_of_Time&oldid=1947446"
Categories:
Cookies help us deliver our services. By using our services, you agree to our use of cookies.