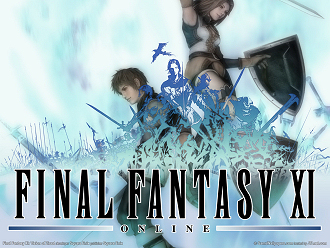 "THEY SHOULD HAVE CALLED IT FINAL FANTASY ONLINE!" They did.

OK, but I've got Dynamis Abyssea in a few.

While allowing the game to be as open-ended as possible, being a Final Fantasy game, an incredible emphasis on story remains, which is rarely done well in MMOs. There are 10(!) different main storylines (Missions), one for each of the starting nations (Bastok, San d'Oria, and Windurst), as well as one for each expansion (Rise of the Zilart, Chains of Promathia, Treasures of Aht Urhgan, and Wings of the Goddess), plus multiple "Mini Expansions". There are also countless side stories that come from smaller quests.

The game also allows a character to change their job class (to any of the 20, provided they are unlocked) at any time without the need to make a new character, as well as set a "Support Job"—a secondary, weaker job, typically chosen to complement the main job—to further enhance your character. With enough time and effort, you can experience everything the game has to offer on only one character! (Whether you can store all your gear on that one character is another thing, entirely... fortunately, due to a per-character fee, FFXI is one of the few MMOs that allows muling. SE has also provided limited NPC-based storage options to further alleviate that burden.)

There is also a sometimes distressing issue of Player versus Player options. At this time, there are only 4 modes of PvP: Ballista, Brenner, Chocobo Racing, and Pankration (or you can try and get charmed by the Lamia during Besieged so they'll make you attack other players). Brenner and Chocobo Racing are rarely used at all, and Pankration has recently gotten some interest again (thanks to new NMs that can be spawned only though selling photos, when you can only buy photo equipment with Pankration jettons), while the amount of players involved in Ballista is based on the world. It also possesses a definite amount of Level Grinding, like most MMORPGs. Add in a necessity to party for a majority of the game's content, difficult Bonus Bosses (two formerly Nigh Invulnerable; now one is beatable and the other is basically impossible to kill before the media-backlash-induced arbitrary time limit), and all sorts of other stuff designed to challenge you, and you've got an MMO that's Nintendo Hard (It's ridiculous. It's not even funny.). And then there's the fact that most things in the game require a time investment of 2 hours or more, so casual players may be a bit put off. The difficulty has been eased through updates, but many people still avoid the game and tend to jump to casual-friendly MMOs.

This does not mean, however, that the game does not enjoy success. Final Fantasy XI has over 500,000 subscribers, with nearly 2 million characters playing. It should go without saying that making millions a month makes this a sort of Cash Cow.

The game now has a a 14-day trial for new players to try the game without devoting to it.