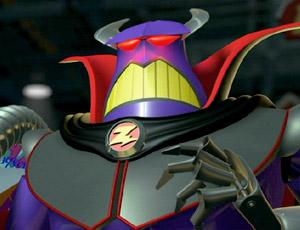 "Another planet and it's mine!"

Generally below the Dimension Lord but above The Emperor and the Evil Overlord lies this guy.

Sometimes he'll have an army to back him up, but more often than not, he'll work alone, relying on his incredibly vast cosmic powers to crush the good guys. Many have both.

These characters are usually male, although fortunately changing gender roles are offering more and more females the opportunity to enslave entire galaxies. Distinguishable from the Eldritch Abomination in that these guys have somewhat human motives for what they do. Often, this is what the Sealed Evil in a Can turns into once it's unsealed. Take this Up to Eleven, and you get a Multiversal Conqueror.

Examples of Galactic Conqueror include:

Retrieved from "https://allthetropes.org/w/index.php?title=Galactic_Conqueror&oldid=1861679"
Categories:
Cookies help us deliver our services. By using our services, you agree to our use of cookies.