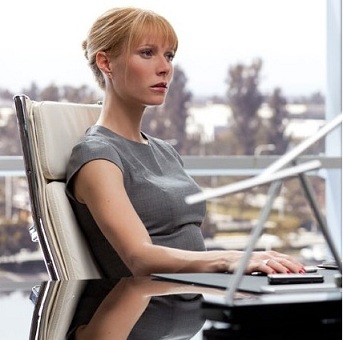 Not the same as the Sassy Secretary (although there is some overlap, especially in hard-boiled detective stories), this is a PA/Secretary etc. who is rather a sexpot. You may add office-related Double Entendre as you wish (heh heh, "dictation").

Distaff Counterpart to the Right-Hand Hottie.

See also Hot Librarian and Office Lady. Due to the interpersonal nature of the role, they may be The Face of their group.

Examples of Sexy Secretary include:

If you don't mind me asking... How the hell do you people manage to get any work done?

Retrieved from "https://allthetropes.org/w/index.php?title=Sexy_Secretary&oldid=1706688"
Categories:
Cookies help us deliver our services. By using our services, you agree to our use of cookies.