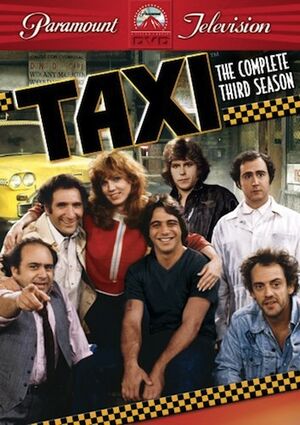 This seminal Work Com, which was co-created by James L. Brooks and ran from 1978–83, was set in the grungy headquarters of the New York City-based Sunshine Cab Company.

Extremely well-acted and written, the show remains a high point in American sitcom history. As listed below, if you want to see just about any standard sitcom Trope done right, this is the place to come.

If you're looking for the Luc Besson film, you'd want this link.

Retrieved from "https://allthetropes.org/w/index.php?title=Taxi_(TV_series)&oldid=1775013"
Categories:
Cookies help us deliver our services. By using our services, you agree to our use of cookies.