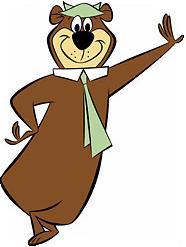 A variant of Half-Dressed Cartoon Animal where the only "clothing" they wear is some kind of cosmetic accessory—a hat, gloves, a bow, tie (or bowtie), a necklace, a collar, etc., or socks and/or shoes—beyond this, the character is still, well, technically naked. This is different from a straight-up Half-Dressed Cartoon Animal, whose article of clothing is typically a full shirt or pants.

Sometimes, underwear or a diaper and nothing else can count as this trope, although it tends to border on Half-Dressed Cartoon Animal.

Similarly, they may choose the equivalent of a fig-leaf or loincloth (which borders on a shirtless Half-Dressed Cartoon Animal), the bare minimum necessary to preserve their modesty to the audience if they are Petting Zoo People (which is a popular visual motif for depicting characters as 'exotic' or 'native' in origin.)

Like the Half-Dressed Cartoon Animal, the creature's natural pelt (fur/feathers or what have they) is considered an acceptable analogue for clothing, thus the subject of them being technically "naked" is seldom mentioned, unless a sudden gag (like a Non-Fatal Explosion) leaves them stripped of their coverings.

Ring Around the Collar and White Gloves examples can overlap, if it is the only article of clothing the character wears.

Examples of Accessory-Wearing Cartoon Animal include: