Jump to content
(Redirected from Bonus Level of Hell) 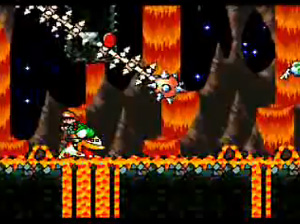 The extra difficult Secret Levels that some games have. They exist largely so that the player can brag to his friends about how awesome he is for winning them. A subtrope of Secret Level, distinguished from its mother trope by the fact that the extreme difficulty is pretty much the only point of these levels. Examples of this trope are, naturally, almost always That One Level.

Can be set in Planet Heck, but not always. Won't necessarily have a sign at the beginning saying "Welcome to Hell!", but probably might as well.

For the boss version of this, check out Bonus Boss, or alternatively, True Final Boss.

Examples of Brutal Bonus Level include:

Retrieved from "https://allthetropes.org/w/index.php?title=Brutal_Bonus_Level&oldid=1949183"
Categories:
Cookies help us deliver our services. By using our services, you agree to our use of cookies.