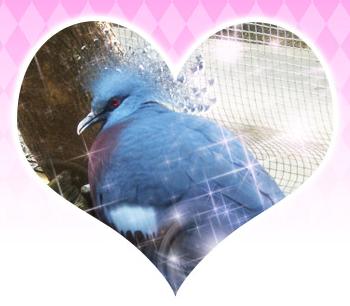 Hatoful Boyfriend (Japanese title はーとふる彼氏) is a game about a human hunter-gatherer girl (named by you, default Hiyoko Tousaka) who decides to go to a high school for birds, St. PigeoNation's Institute. There, she dates pigeons.

A drama CD is currently in post-production, and the English version of the full game can be found here. Thank you for the redirect, moa810.

Tropes used in Hatoful Boyfriend include:
Retrieved from "https://allthetropes.org/w/index.php?title=Hatoful_Boyfriend&oldid=1898656"
Categories:
Cookies help us deliver our services. By using our services, you agree to our use of cookies.