Everything About Fiction You Never Wanted to Know.
(Redirected from Bishounen)
Jump to navigation Jump to search 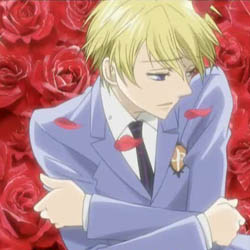 Tamaki Suo: so pretty it hurts.

A popular Japanese (and Korean) character type, the Bishōnen, or "beautiful boy", is a male character that possesses androgynous or 'feminine' physical traits. He is usually tall, slender with almost no fat, usually little to no muscle, and no body or facial hair. Large, expressive eyes are almost a given, though Tsurime Eyes are also common in more serious examples. In anime, many bishōnen have female voice actors, although those that don't get startlingly deep, sexy voices instead. It is not uncommon for those at the more feminine end to be mistaken for women by other characters, or for savvier examples of the type to take advantage of such an assumption.

Bishōnen can be found equally distributed between heroes and villains; bishōnen villains often develop devoted followings among fans. Bishōnen with white hair are almost always villains, no matter how they initially seem.

In the English fandom, the term bishōnen simply connotes "a really, really attractive male", but in its original usage, it refers to a specific type of attractiveness that is found in adolescents. The cutoff for bishōnen in the strict sense is around 20 years old. Beyond this age, the Japanese describe male attractiveness through terms like biseinen/bidanshi ("beautiful man") or ikemen (roughly "good-looking guy"). The affectionate English fandom shorthand "bishie" bypasses the lexical issues somewhat. Examples of both Bishounen and Biseinen should be placed on this page. Likely to have been a cute boy when they were younger, and have at least a Hot Mom or dad where they get their looks from.

The appearance and behavior of the archetypal bishōnen is often used to explore sexuality and gender norms. Thus, they are sometimes Yaoi Guys, but not always. And, sometimes, they are crossdressers, but, again, not always.

Originally, bishōnen characters were the province of Shoujo and Boys Love Genres, but since the mid-90s, it has become the default style for teenage boys in pretty much any work looking for a cross-demographic audience. The farther bishōnen characters disseminate from their source genres, the less likely it becomes that there will be in-universe mention of their androgynous looks/attractiveness.

Often comes with the Bishie Sparkle. If all the guys are bishōnen without many women to balance them out, you've got yourself a Cast Full of Pretty Boys.

Related to Rule of Glamorous. The Long-Haired Pretty Boy is a standard bishōnen design.

Contrast Gonk, Hunk, The Grotesque, and Puni Plush. Pretty girls are known as Bishoujo ("beautiful girl"), but the esthetics of bishoujo are different, typically emphasizing cute, petite femininity rather than sleek androgyny. See Bifauxnen for ladies who conform a bit more closely to the bishōnen aesthetic.

Examples of Bishonen include:

This is an East Asian media only trope. For pretty boys in other cultures see Pretty Boy.[1]

Retrieved from "https://allthetropes.org/w/index.php?title=Bishonen&oldid=1891735"
Categories:
Cookies help us deliver our services. By using our services, you agree to our use of cookies.