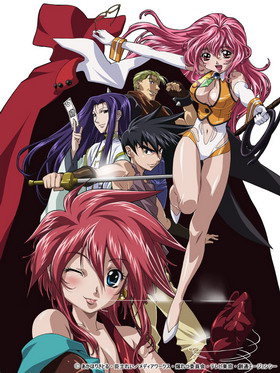 They were called Sorcerer Hunters.

A 13-volume manga written by Satoru Akahori with art by Ray Omishi, which was adapted into a 26-episode anime TV series and 3-part OAV. The series also spawned various video games and radio dramas.

The Spooner Continent is ruled by "Sorcerers", a Witch Species which rules over the "Parsoners" as a noble class. With their magical powers, they can exploit the Parsoners virtually at will. However, the are rumors of those who will punish any Sorcerers who abuse their powers and harm the innocent - a mysterious band of five teenagers, the "Sorcerer Hunters".

Tropes used in Sorcerer Hunters include:
Retrieved from "https://allthetropes.org/w/index.php?title=Sorcerer_Hunters&oldid=1508241"
Categories:
Cookies help us deliver our services. By using our services, you agree to our use of cookies.