The Power of Friendship 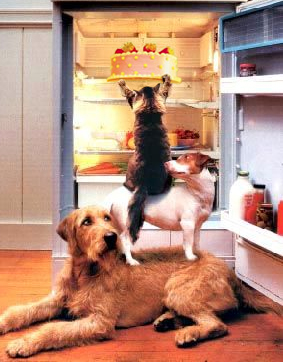 This was a triumph...

A major theme in all media. The villain or Ineffectual Loner mocks the idea of relying on others, insisting that friends make you weak and only fear brings servitude. Then he discovers to his extreme shock and dismay that the hero's friends really do stand up for him, and this really does enable the hero to kick the crap out of the bad guy. The Aesop: Having friends makes you strong, being alone makes you weak. Even What You Are in the Dark can depend on your memory of your friends.

The moment at which The Power of Friendship becomes clear is A Friend in Need, but beware the Apple of Discord. When the loner has been brought into the group, Remember That You Trust Me may be needed to keep him attached.

A Combined Energy Attack is another perk of believing in said power. (Taken more literally, the Power of Friendship may be used as a required element of some magical effect, such as a Care Bear Stare.) Heroes, especially the Magnetic Hero, usually spend the first few episodes building this group of loyal followers. Sometimes though, it can go too far. Heroes might fall prey to becoming a Martyr Without a Cause, and allies could be Poisonous Friends. However, In the End You Are on Your Own, in which case Friendship becomes a mite less helpful.

See also Team Spirit, True Companions, The Power of Love, The The Power of Trust, Defeat Means Friendship, Fire-Forged Friends, Dying Alone, You Are Not Alone. Often results in a Crowning Moment of Heartwarming if done well. The risk of Tastes Like Diabetes or even Narm is present if done poorly. A key element of buddy pictures.

Examples of The Power of Friendship include:

This also demonstrates the fact that being friends is not enough on its own. If soul wavelengths don't match, you're stuck no matter how much you want to win. An exception to this seems to be the black blood, which allows the power of insanity to over-ride bad soul resonance (Maka and Soul in London), albeit by causing injury and hallucinations into the bargain.

Retrieved from "https://allthetropes.org/w/index.php?title=The_Power_of_Friendship&oldid=1904285"
Categories:
Cookies help us deliver our services. By using our services, you agree to our use of cookies.