Everything About Fiction You Never Wanted to Know.
< Pokémon
Jump to navigation Jump to search 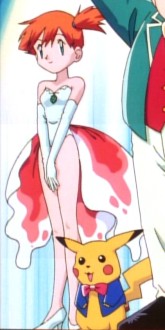 And they didn't censor this outfit at all.