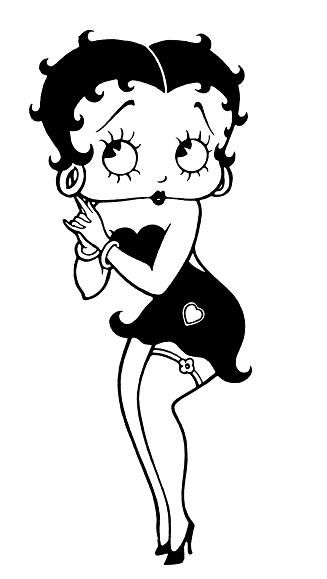 Girls have been accused of this since forever. Sometimes it's true, more often it's wishful thinking, but it does occur in fiction a lot. Occasionally it's given a more dramatic justification when it's revealed that this insincere sexual aggression is really a way of feeling powerful and in control, covering up deep seated emotional insecurities. Thus explaining why they can never act on them. Compare Tsundere and Yandere for other common ways fictional character cover their emotional insecurities.

Almost Always Female, but occasionally gay men are also depicted as The Tease. Almost never applies to straight men though. Often associated with the Bottle Fairy. A standard tactic of The Vamp and the Femme Fatale.

If the target is Not Distracted by the Sexy they might be immune to teasing, expect The Tease to become frustrated and either give up, or up the teasing to dangerous levels. (Possibly with an Aesop when the target suddenly decides to accept their offer at a point when backing off isn't an option anymore).

A trope loaded with Unfortunate Implications and prone to enrage at least some women, because it has sometimes been used as an argument that "she really wanted it" and thereby justifying rape.

Sometimes these unfortunate implications are even Lampshaded with a Gender Bender or a Disguised in Drag scenario. The reverse with a Sweet Polly Oliver incident is rarer, but also tends to be Darker and Edgier.

Not to be confused with either the Innocent Fanservice Girl, or a character who usually doesn't tease people, but ends up in a certain situation requiring them to Show Some Leg.

Sometimes a character might only tease their Love Interest. This might be considered flirting instead of teasing, since the assumption is that that Will They or Won't They? eventually will become They Did. (Denial of the implied sex is what makes a tease a tease, if a tease later puts out her past teasing retroactively becomes flirting).

Examples of The Tease include:

Retrieved from "https://allthetropes.org/w/index.php?title=The_Tease&oldid=1705910"
Categories:
Cookies help us deliver our services. By using our services, you agree to our use of cookies.