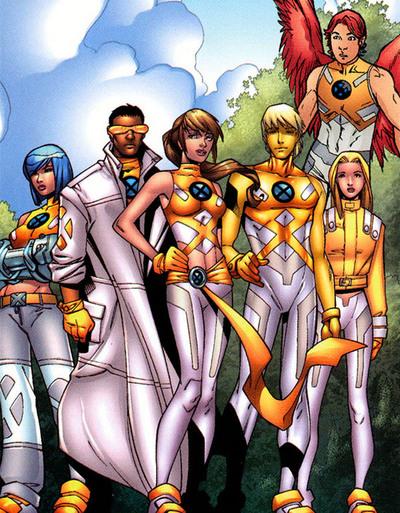 "Okashi City Junior High School's Dress Code Manual, Guideline #5A states, and I quote, 'Ladies, if they elect to wear socks, must wear the appropriate school-provided socks or a comparable white or black store-bought version. Otherwise, ladies must wear stockings instead of socks.' These, I feel I should point out once again, are stockings, and the manual says nothing about what type of stockings one is allowed to wear. So, as you can see, I am fully within the guidelines determined by the dress code."
—Tristan, Angel Moxie

Bob must wear some form of uniform which he finds repressive or simply dislikes, so he tries to act out and be an individual through wearing something distinctive. If he actually gets away with it, he may even inspire others to do the same. Often, Bob's change to his uniform comes from finding a loophole—The rulebook says "black shirt, shoes, socks, and pants," but says nothing about silly hats or tearing the sleeves off the shirts.

This is often done in fiction to make things more visually interesting while still keeping a team feel. In Real Life this is a key reason why novelty neckties are so popular. Big earrings, watches laden down with gadgets, mismatched socks, you get the idea. In the professional world, this is popular with men, who tend to have fewer options for "proper" attire than women.

Custom Uniform of Sexy is usually this, but with a specific Fan Service angle. Compare Custom Uniform—While that one is "I won't wear the real one, so I'll wear whatever I damn well please," this is "I'll wear the real one, but I'll make mine different than everyone else's." Transfer Student Uniforms: Technically I'm waiting for my new uniform to be made so I'll wear my old one, but this is symbolic of my status.

Examples of Nonuniform Uniform include: