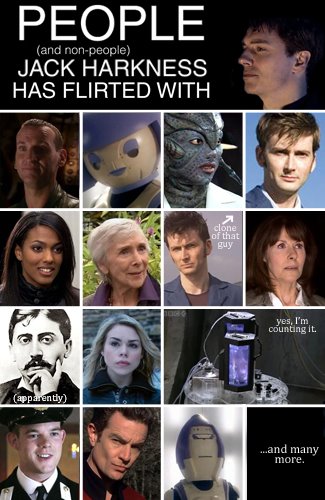 This is a character who would bed, can bed, or has bedded anything. And we mean anything.

Targets of the Extreme Omnisexual aren't even necessarily limited to being humanoid—these are characters who could concievably combine Interspecies Romance, Robosexual, But You Screw One Goat!...

This person is often a Loveable Sex Maniac, or is just really, really desperate.

Compare Interspecies Romance, Anything That Moves, and Extreme Omnivore (the dietary counterpart). See also Really Gets Around for the usually-straight version. The polar opposite of this trope would be Asexuality.

Examples of Extreme Omnisexual include:

Retrieved from "https://allthetropes.org/w/index.php?title=Extreme_Omnisexual&oldid=1701336"
Categories:
Cookies help us deliver our services. By using our services, you agree to our use of cookies.