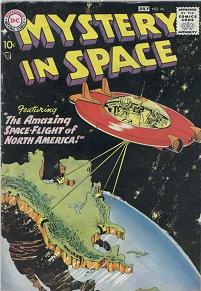 Planet looters are a race of aliens that have run out of something, and must steal it from others. Frequently, from us here on Earth. This is a bit peculiar in that their demonstrated level of technology makes one wonder why they'd target Earth when it would be far easier to find an uninhabited planet and strip-mine that.

To Hand Wave that problem, they often need some particular resource which is supposedly rare except on Earth. Water is apparently one of them. Countless aliens have needlessly lost their lives in futile attempts to steal Earth's water. For some reason they overlook comets, dwarf planets and moons in the outer solar system which are not only made of mostly water in convenient prepackaged frozen form but don't have anyone out there to stop them from simply flying away with it.

At other times, we are the resource, and they want to take us as slaves or tasty, tasty food. Neither of these really make sense either. If they need food, they might as well go steal the cattle equivalents on several planets that should be much closer, with even less native hostility. As for slavery, it's hard to imagine any advanced race that has figured out interplanetary space travel would need slaves for any reason other than to fulfill a cultural or religious need to conquer the galaxy's "weak".

Another way around the question is to make Earth's abundant ecosystems and temperate climates the resource, and the aliens view primitive humans as unworthy pests infesting an ideal new home or vacation spot.

Examples of Planet Looters include: