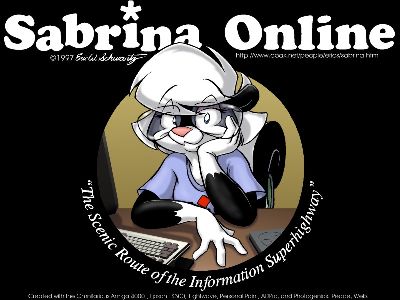 Sabrina Online is a furry webcomic created by Eric W. Schwartz and which has consistently managed to put out its monthly batches of strips since its start in late 1996.

Not to be confused with that Sabrina or that Sabrina, or even the 1954 film called Sabrina.

Tropes used in Sabrina Online include:
Retrieved from "https://allthetropes.org/w/index.php?title=Sabrina_Online&oldid=1931944"
Categories:
Cookies help us deliver our services. By using our services, you agree to our use of cookies.