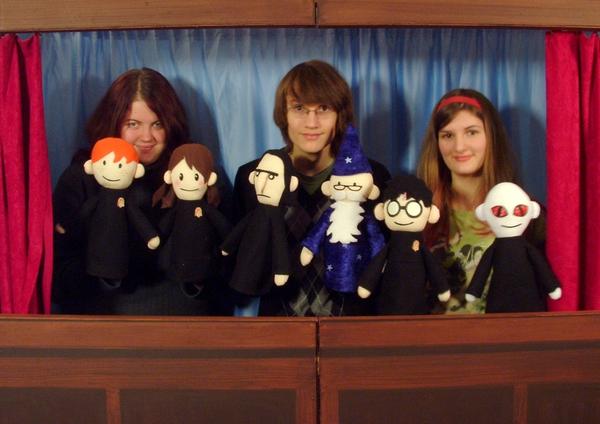 Alas, a cornucopia of awesome.

Neil Cicierega, of Animutation fame, created two flash cartoons featuring hand-puppet versions of the main characters from Harry Potter. The humorous cartoons quickly gained popularity (even with Rowling herself and Daniel Radcliffe), and the Potter Puppet Pals series was born.

Eventually, Neil and his friends moved on from animated shorts to live-action shorts featuring real puppets, and they've even done a couple of live shows with the puppets. The series is most famous for the number of memes it has spawned.

Also, Neville is a butternut squash.

Some of the fans of this series made Fanvids of these Fanvids, using the same or similar programs and posted them on YouTube.

Note that it takes him no less than forty-three seconds to say this.