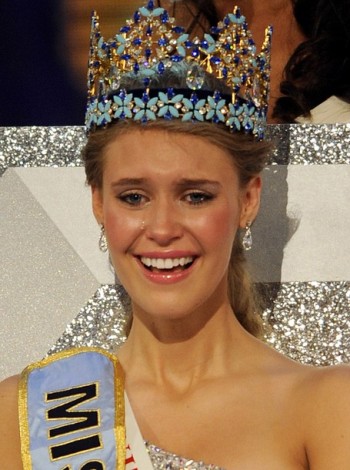 To many, tears are an expression of sadness or weakness. Sometimes it can even indicate ultimate Badassery, since only the hardest Badasses can get away with shedding them. In any case, tears are always connected to emotions too strong to contain and are to be used sparingly and wisely, else the character passes off as wangsty or just plain weak, even if they're female.

Still, there is one instance when tears are never looked down upon and accepted from anyone: joy.

Crying for joy is the uppermost expression of happiness and ecstasy and is the best indicator of a Crowning Moment of Awesome or a Crowning Moment of Heartwarming: the Complete Monster has at last received comeuppance, The Quest is finally over, the Star-Crossed Lovers are reunited for good...

Often witnessed in Real Life during similar moments, making this a Truth in Television. Weddings are a good source of this.

Not to be confused with the Tearful Smile which meaning is more ambiguous. Sometimes overlaps with Tender Tears.

Examples of Tears of Joy include:

Retrieved from "https://allthetropes.org/w/index.php?title=Tears_of_Joy&oldid=1888234"
Categories:
Cookies help us deliver our services. By using our services, you agree to our use of cookies.