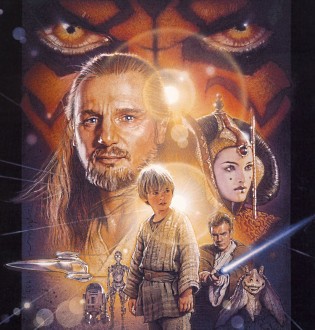 After CGI started taking off, in no small part due to the work of his company Industrial Light and Magic, George Lucas felt it was a good time to finish the Star Wars saga. He released the original trilogy in theaters as special editions to further test the waters for more Star Wars films. The Phantom Menace then began production after the success of the special editions.

The prequels came about from backstory notes Lucas developed on the first film, and further expanded upon before The Empire Strikes Back came out (Hence the retroactive naming scheme using "Episodes"). Unlike the original trilogy, this film was designed as the introduction of a three-movie structure, though this film and the other prequels are still comparatively self-contained.

Tropes used in The Phantom Menace include:
Retrieved from "https://allthetropes.org/w/index.php?title=The_Phantom_Menace&oldid=1776326"
Categories:
Cookies help us deliver our services. By using our services, you agree to our use of cookies.