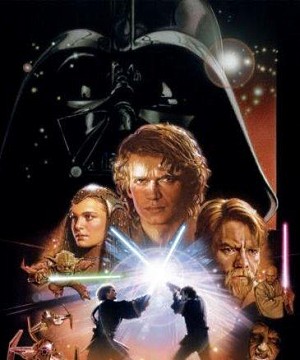 Revenge of the Sith, the final film in the Star Wars prequel trilogy and the third episode chronologically, portrays the culmination of the Clone Wars, Anakin's turn to The Dark Side (and transformation into Darth Vader), the destruction of the entire order of the Jedi (the titular revenge), and the rise of the Galactic Empire. The film concludes with the single longest lightsaber battle of all six films. It is considerably Darker and Edgier than The Phantom Menace and Attack of the Clones.

Tropes used in Revenge of the Sith include:
Retrieved from "https://allthetropes.org/w/index.php?title=Revenge_of_the_Sith&oldid=1962233"
Categories:
Cookies help us deliver our services. By using our services, you agree to our use of cookies.